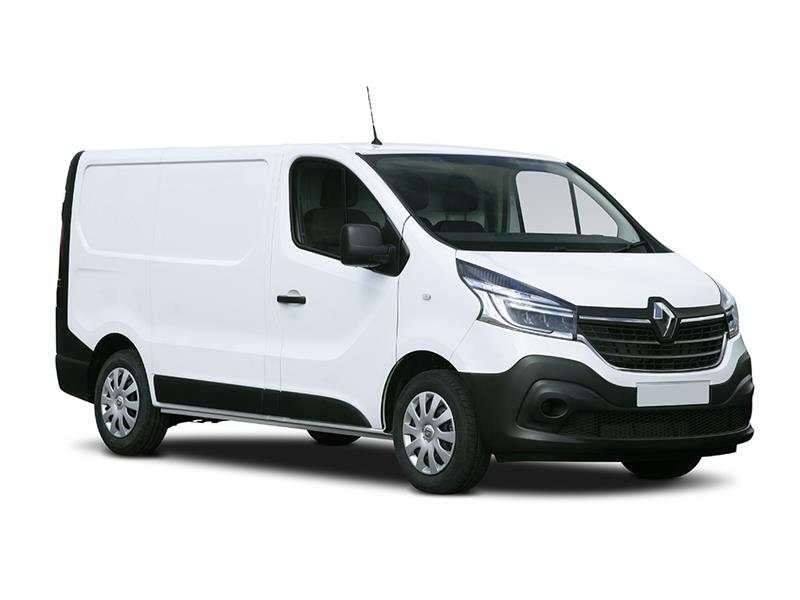 Renault's Trafic is one of those vehicles that has quietly inveigled itself into an almost invisible ubiquity. They're everywhere, but are such a part of the automotive landscape that they barely register. Unless, that is, you're looking to run a fleet of vans and then the Trafic registers front and centre of your buying decision and has done since it first appeared in Renault dealers back in 1981. That first generation model was replaced here in 2001 with a second generation model that saw service for thirteen years. In 2015, this third generation model waded into the fray against rivals like the Volkswagen Transporter and the Ford Transit Custom, not to mention its design siblings, the Vauxhall Vivaro, the Fiat Talento and the Nissan NV300. It was updated in mid-2019 to create the LCV we're looking at here.

New 2.0-litre, turbocharged dCi engines and the availability of a six-speed EDC (Efficient Dual Clutch) automatic transmission ensure this Trafic LCV is better suited to the needs of business customers. All engines comply with Euro 6d-TEMP standards and, with a variable geometry turbocharger, achieve greater power outputs spanning from 120 to 170hp and increased torque of up to 380Nm. All engines are matched to a six-speed manual gearbox as standard, while the 145 and 170hp versions can also be specified with a freshly introduced six-speed EDC automatic, which optimises economy and allows smoother, faster gear shifting. What else? Well the driving position's as commanding as you would expect and big door mirrors with convex surfacing on their lower and outer edges are present and correct to help with manoeuvring that can be aided by the neat wide angle mirror fitted to the back of the passenger sunvisor. Further embellishments intended to help you avoid urban scrapes include options like parking sensors and two kinds of rear view camera. Another thoughtful touch is the 'Eco Mode' you can select by pressing this button by the gearstick. This restricts the pulling power of the engine and promotes greater efficiency.

True, there's only so much a van designer can do with a rectangular box with a wheel at each corner, but there's clearly been a concerted effort to distinguish the Trafic from the workaday LCV norm. This revised model gets more expressive front-end design, with full-LED headlamps incorporated into a C-shaped lighting signature that represents the identity of the Renault line. A bolder grille, with details such as a new holder for the Renault logo and chrome finishing strip, plus a new 'Urban grey' colour complete the revised styling. The cabin is dominated by an updated, car-like dashboard with satin chrome buttons and detailing, which is complemented by a new dark carbon colour scheme. New long-lasting upholstery of greater quality enhances comfort and durability, while all versions also feature a new gear knob design. Connectivity and the office-like feel of the interior are intensified with the availability of new on-board multimedia solutions - the R-LINK Evolution (compatible with Android Auto) and MediaNav Evolution with multitouch screen (compatible with Android Auto and Apple CarPlay). For better telephone call quality, a new microphone has been incorporated into a new single DIN stereo. Naturally, the interior of New Trafic continues to offer one of the best storage capacities in the market with 90-litres of stowage space, including under passenger seat storage of 54-litres.

The Trafic is offered in two body lengths and two roof heights. Prices start at just under £23,000 ex VAT. The range spans 53 versions - a sizeable reduction on the previous line-up which is designed to make it easier for customers to identify the variant that best suits their requirements, while still offering plenty of choice. Depending on the version, there are a choice of three trim levels - 'Business', 'Business+' and 'Sport'. In addition to the Panel Van version, and as with the previous model, the Trafic is available in Passenger and SpaceClass body styles. Both variants benefit from the improved styling and drivetrain upgrades of the Panel Van, with the family-focused Passenger also receiving new upholstery, rear air conditioning booster and sliding windows. New options include a Renault three-button key with single door opening (SDO) option for improved vehicle security, driver safety and convenience. The entry-level audio/infotainment system features a DIN radio complete with Bluetooth hands-free and a fascia-mounted USB port and AUX-in socket. Another USB port is provided if you choose the optional mobile phone cradle. The premium audio set-up available combines with the Renault R-Link Evolution multimedia system, incorporating a slot for an SD card to enable mapping management, the reading of audio tracks and display of photos on the seven-inch display. R & GO is an app for both Android and Apple that allows smart 'phones and tablets to talk to the vehicle, performing 3D navigation, hands-free telephone, multimedia control and display the vehicle's trip computer. Renault has clearly thought long and hard about how commercial vehicles are used these days.

The Trafic panel van is offered in two lengths. The standard L1 configuration measures 4,998mm from stem to stern, with the L2 breaking the tape at 5,398mm. There are also two roof heights to choose from. Cargo capacity ranges between 5.2 and 8.6 cubic metres. Renault has also been smart about accommodating even longer loads too, with a flap that extends through the bulkhead and below the front seats to allow up to 2.95m long items. Need even more length? Then simply open a secondary flap that extends into the front footwell, allowing up to 3.2m long items to be taken on board. Of course, you could always just opt for the longer L2 model with its cavernous 4.15m load length. The cabin has been designed with everyday practicality in mind with a market-best total stowage capacity of 90-litres. There are 14 bins, trays and cubbies of different forms and sizes. They range from 0.2 to 54-litres and are specially designed to house the everyday items employed by business users, including water bottles, cans, cups, cell phones, tablets, notebooks, pens, hard hats, boxes, and so on. There's even a cradle mount for a tablet located above the radio. This suits tablets with screen sizes of between 4.8 and 10.6 inches, so a 9.7 inch iPad or a 10.1 inch Samsung Galaxy Tab 2 will easily fit, as well as smaller units like the Google Nexus 7 and the Kindle Fire. Efficiency is improved in this revised model, with the 145hp version delivering a reduction in fuel consumption of up to 0.6 L/100 km (NEDC back-translated values).

The van market is changing - and this Renault Trafic has needed to change with it: it has. We especially like the careful touches: the load-through facility in the full-steel bulkhead that lets you poke long items into the cab. The 'Eco Mode' driving option that makes it easy to lower your running costs. The Mobile Office package with its folding front seat. The way you can mount your smartphone or tablet on the dashboard to work with Renault's clever R&GO app. And the wide-angle passenger sunvisor mirror that helps when reversing. Though we've seen some of these things before in other LCV products, they've been delivered here with a greater level of thought and thoroughness that operators will like.